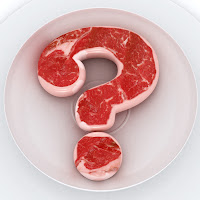 “Do you remember the stuffed peppers that I use to buy?” My mom asked.  My reply, “yes.”  I continued to fix my son’s dinner plate. I knew where she was going with the question, but felt a simple reply was best.

Within minutes, we’re sitting at the table eating dinner.  Mom asks again, “Do you remember the stuffed peppers that I use to buy?” “Yes, I do.” I’m compelled to suggest that she stop beating around the bush and say what’s really on her mind, but I don’t. I am mindful of my tone here, but I’m being truthful with you. She finally asks me why I don’t buy stuffed peppers.

Is she serious? This isn’t a new practice for me.  Close family and friends know that red meat isn’t part of my diet. The last time I ate steak or a beef burger was in 1996. Furthermore, pre-fab stuffed peppers have no nutritional value and who knows what’s really in the food. Yuck! Not for me. Now, here’s the kicker! She then suggests that I buy bison (buffalo) burgers. The idea is hysterical to me.

Before anyone casts judgment upon me, my mom is well aware of my eating habits. She’s not some feeble old lady who’s lost her memory and her mind. Lena is extremely deliberate in her words and in her actions. As a matter of fact, she is well known by family for delivering harsh and razor-sharp opinions, that have sometimes brought about both laughter and tears.

Anyway she constantly turns up her nose at my salads, loudly hums, and reminds me that, “you gotta die from something?” That’s true, but quality of life is important to me.  Although I prefer poultry and seafood, it’s my choice. I don’t judge others who eat differently; it’s a personal choice that I respect.

Thankfully at 77, mom still has her independence.  I can only hope and pray that I’m still alive and kicking at her age. That said if she wants to eat beef then, on her regular trips to the supermarket, she could easily pick up the beef that meets her liking. I don’t buy it or cook it; the smell of uncooked red meat nauseates me terribly. If my husband really wants a steak, I’d rather treat him out to dinner at a fine gourmet restaurant than cook the steak. I’d love to treat mom out for dinner, but according to her, no one in a restaurant is clean enough to prepare or serve her food, so she doesn’t dine out. I am not mocking her; these are her words not mine.

My mom says that I am naive. She believes I have an unrealistic view of the world. She thinks that I’m afraid to talk about death. She views me as a modern day mom, who lacks the valor to brutally beat the crap out of my kids for inappropriate behavior.  Sorry mom; that’s not Tanya. I’m just saying.

I am praying that there’s still time for us to surely get to know one another.  Honestly though, I don’t know if it’s going to happen in this life time. She hasn’t been able to work through some lifetime experiences. Experiences that continue to weigh on her mind, her spirit, her heart, and her soul. We’re all unique, but I’ve never met anyone like her. Occasionally I stretch, grasp, and attempt to reach Lena, but, to no avail. It’s just another long story. Perhaps one day. Optimistic? Credulous? Don’t know.

I just wish that she could respect others’ opinions, values, beliefs, and lifestyles that are different from hers. She can respectfully disagree and leave it at that.

Reflecting back on this post, my final thoughts are:

I did not consider making the peppers for mom until I began composing my final thoughts. I’m just keeping it real with you. Writing really helps me to sort through my thoughts in a more constructive and positive manner; I am so thankful for the insight and the ability to do so.

I’ll let you know when I make my stuffed peppers and how they turn out.