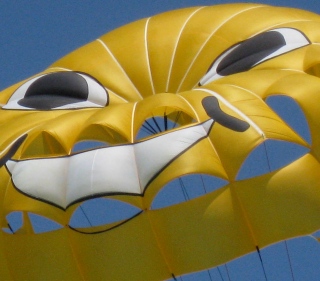 Givers will give you a listening ear.  They will share their spirit, their heart, their love, their joy, their laughter, and typically anything that they can give to help someone in need.

The takers will take your time, your advice, your money, your spirit, your energy, and anything else that you are willing and able to give up.

A recent conversation with someone prompted me to write this post.

For the sake of her privacy, I’ll call her Shauntel.  We were chatting about a number of topics.  You know how it goes.  Aimlessly jumping from one topic to another, playing catch up from a busy day, week, or month.  Trying to cover everything in a short span of time.
With a hint of frustration, Shauntel asked my opinion about a situation she was experiencing.  Someone had asked a favor of her.  She agreed to the initial request. A day or so later, the person wanted to add more to the favor.  Shauntel felt as though she’d extended herself enough and was second-guessing her instinct to say no to the additional request.
The scenario is so typical of the givers and the takers in the world.
Since she asked my opinion, I told Shauntel the following:

Don’t let this person guilt you into over commitment.  Do what you can do. Do what you want to do.  Do what you feel like doing.  I’m so sick of the takers manipulating the generous hearts of the givers into over extending themselves.

The madness occurs at work (between colleagues, supervisors, subordinates, and mangers), at home (with parents, spouses, and kids), extra-curricular activities (amongst soccer moms, football moms, cheerleading moms, coaches, etc…), and with family (at holiday gatherings, vacations, weddings, and funerals)

Thankfully, I’ve come to my senses.  I’ve matured and wised up some and can usually identify the givers and the takers that pass through my life.  The takers use to try to suck the life out of me, but I learned to avoid them and to stay away from them like my life depends on it.  I advised her to do the same.  Run!

I also believe that the givers share the responsibility of the situation and the outcome too.  It is not just the fault of the takers.
Rather than to continue to play the role of innocent victim, complaining and sulking to anyone who will listen as to how they’ve been done wronged and taken advantage of  (by the way, Shauntel is not like this), the person should understand and access their own actions and determine what steps they can take to change the situation. Sometimes it takes extreme measures such as ejecting people from your life.
You bettcha!  I’ve kicked full-fledged adult “takers” out of my life and felt darn good about my choice.   “Don’t let the door hit you where the good Lord split you!”  When I was a kid, I heard that phrase a lot.
My eight year old understandably struggles from time to time with the idea but my recently turned 22 year old has embraced the notion rather nicely.   I hope and pray that I’ve taught and continue to teach my children to see the value of giving over receiving; it really is a life long process.
Give generously and take only when needed and only when necessary.